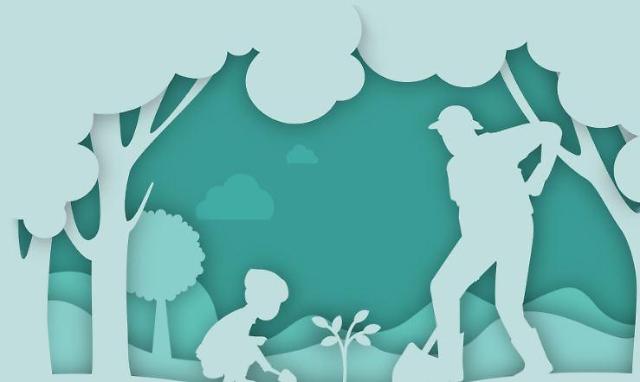 SEOUL — Biohydrogen is a biologically produced clean fuel and can be readily produced from certain kinds of biomass. Steam reforming of natural gas, referred to as steam methane reforming, is the most common method of producing bulk hydrogen for commercial applications.

The traditional method first produces methane gas and then goes through reforming that requires heat energy of more than 1,000 degrees Celsius. SK ecoplant, a major waste management company affiliated with South Korea’s SK Group, will work with researchers from the Korea Institute of Industrial Technology (KITECH) and Yonsei University to develop a new method to produce biohydrogen directly from organic waste.

Under a state project sponsored by the Ministry of Science and ICT, SK ecoplant would launch a five-year joint study to develop a fermentation process in which hydrogen-producing microorganisms such as clostridium butyricium decompose organic waste resources with high organic content such as sludge and food waste under light-free conditions

SK ecoplant said that the technology under development can reduce the time required for hydrogen production by more than 20 times and reduce the use of fossil fuels because reforming is omitted. “SK ecoplant’s waste business focuses on realizing a circular environment system to turn waste into energy and resource, not treatment,” SK ecoplant CEO Park Kyung-il said in a statement on July 27.

A Yonsei University team led by Kim Sang-hyun has improved the yield to more than 63 percent by introducing a new method. SK ecoplant aims to secure economic feasibility by raising the production yield to 75 percent. A team led by Park Jung-hoon, a senior KITECH researcher, would select efficient hydrogen-producing strains and improve microorganisms with customized genomes that produce hydrogen most efficiently for each waste property.

With a new method,  SK ecoplant hopes to realize waste zero in the long run.