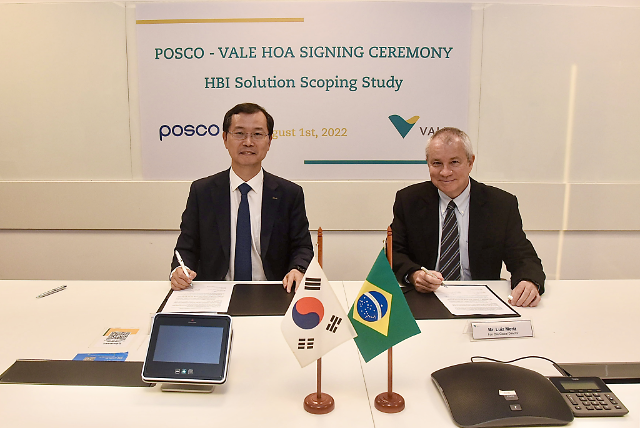 SEOUL — South Korea’s steel group, POSCO, will push for the production of low-carbon hot briquetted irons in cooperation with its long-term partner, Vale S.A., a major iron ore miner in Brazil. By the end of 2022, they would complete basic reviews such as location, size, production method, and economic viability.

We will take the lead in realizing carbon neutrality and seek ways to secure the stable supply of HBI with Vale,” Lee Ju-tae, head of POSCO’s purchasing and investment division, said in a statement on August 2. In March 2022, POSCO and its Australian partner, Hancock, discussed the establishment of a new plant to produce low-carbon HBI by using hydrogen as a reducing agent